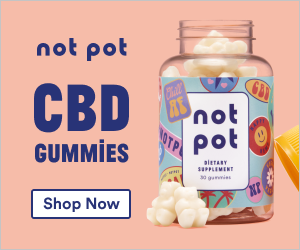 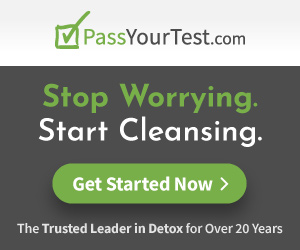 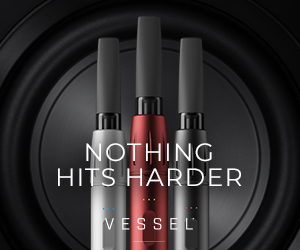 Germination is the process in which the seeds sprout and the root emerges. In cannabis it takes from 12 hours to 8 days. Warmth, darkness and moisture initiate metabolic processes such as the activation of hormones that trigger the expansion of the embryo within the seed. Then the seed coat cracks open and a small embryonic root emerges and begins growing downward (because of gravitropism), if placed in a proper growing medium. Soon (after 2–4 days) the root is anchored and two circular embryonic leaves (cotyledons) emerge in search of light and the remains of the seed shell are pushed away. This marks the beginning of the seedling stage.

Germination is initiated by soaking seeds either between wet paper towels, in a cup of water at room temperature, in wet peat pellets, or directly in potting soil. Peat pellets are often used as a germinating medium because the saturated pellets with their seedlings can be planted directly into the intended growing medium with a minimum of shock to the plant.

The seedling stage begins when the seed coat splits open and exposes the root and round “seed leaves” or cotyledons. It lasts from 1 to 4 weeks and is the period of greatest vulnerability in the life cycle of the plant, requiring moderate humidity levels, medium to high light intensity, and adequate but not excessive soil moisture.

Most indoor growers use compact fluorescent or T5 fluorescent lights during this stage as they produce little heat. HPS and MH lights produce large amounts of radiant heat and increase the rate of transpiration in the plant, which can quickly dry out seedlings with their small root systems.

Duration: 1–2 months indoors, in this stage the plant needs a significant amount of light and nutrients, depending on the genetics of the particular plant. It continues to grow vertically and produce new leaves. The sex is starting to reveal itself, which is a sign that the next stage begins. Concurrently the root system expands downwards in search of more water and food. Some newly developed strains (auto flowering hybrids) omit the vegetative stage and pass directly from seedling to pre-flowering.

When the plant possesses seven sets of true leaves and the 8th is barely visible in the center of the growth tip, or shoot apical meristem (SAM), the plant has entered the vegetative phase of growth. During the vegetative phase, the plant directs its energy resources primarily to the growth of leaves, stems, and roots. A strong root system is required for strong floral development. A plant needs 1 or 2 months to mature before blooming. The plant is ready when it has revealed its sex. Plant size is a good indicator of sex. Females tend to be shorter and branchier due to their raceme type inflorescence than males, whose flowers grow in panicles. The males are then usually culled when they are identified, so that the females will not be pollinated, thus producing "sin semilla" ("without seed") buds.

During the vegetative phase, cultivators generally employ an 18- to 24-hour photoperiod because the plants grow more quickly if they receive more light, although a warmer and cooler period are required for optimal health. Although no dark period is required, there is debate among cultivators as to whether a dark period is beneficial, and many continue to employ a dark period. Energy savings often support using a dark period, as plants undergo late day decline and therefore lighting during the late night hours is less effective.

The amount of time to grow a cannabis plant indoors in the vegetative stage depends on the size of the flower, the light used, the size of the space, and how many plants are intended to flower at once, and how big the strain gets in "the stretch" (i.e., the first two weeks of flowering).

Cannabis cultivators employ fertilizers high in N (nitrogen) and K (potassium) during the vegetative stage, as well as a complete micro nutrient fertilizer. The strength of the fertilizer is gradually increased as the plants grow and become hardier.

Also called the stretch, this takes one day to two weeks. Most plants spend 10–14 days in this period after switching the light cycle to 12 hours of darkness. Plant development increases dramatically, with the plant doubling or more in size. (See reproductive development below.) Production of more branches and nodes occurs during this stage, as the structure for flowering grows. The plant starts to develop bracts/bracteoles where the branches meet the stem (nodes). Pre-flowering indicates the plant is ready to flower.

The flowering phase varies from about 6 to 22 weeks for pure indicas with their shorter flowering time than pure sativas. Mixed indica/sativa strains have an intermediate flowering time. The sex is clearly revealed in the first flowering phase. Males produce little ball-like flowers clustered together like grapes called panicles.

Most plants (except auto flowering strains that flower independently of photoperiod) begin to flower under diminishing light. In nature, cannabis plants sense the forthcoming winter as the Earth revolves about the Sun and daylight reduces in duration (see also season). If females are not pollinated (fertilized by male pollen) they start to produce buds that contain sticky white resin glands or trichomes in a final attempt for pollination by windborne male pollen. The trichomes produce resins that contain the largest amounts of THC and CBN, the two main psychoactive substances. Fertilized females continue to produce resinous trichomes but more plant energy is consumed by the production of seeds, which can be half the mass of a fertilized bract; thus, to maximize resin per gram, infertile cultivation is preferred.