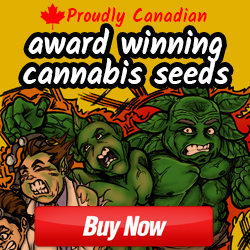 Under artificial light, the plant typically remains under a regime of 16–24 hours of light and 0–8 hours of darkness from the germination until flowering, with longer light periods being conducive to vegetative growth, and longer dark periods being conducive to flowering. There is an ongoing debate over the necessity of a "dark period" for vegetative growth. It has been suggested that, when subjected to a regimen of constant light without a dark period, cannabis begins to show signs of decreased photosynthetic response, lack of vigor, and an overall decrease in vascular development. Typically, providing at least 12 hours per day of complete darkness induces flowering. Flowering in cannabis is triggered by a hormonal reaction within the plant that is initiated by an increase in length of its dark cycle, i.e. the plant needs sufficient prolonged darkness for bract/bracteole (flowering) to begin. Some Indica varieties require as little as 8 hours of dark to begin flowering, whereas some Sativa varieties require up to 13 hours.

Supply of light - There are several different plant grow lights available. To determine the appropriate lighting (and the best lamp to use), the specific needs of the plant must be considered, as well as the room size and ventilation. Cannabis plants also require both dark and light photoperiods, so the lights need a timer to switch them on and off at set intervals. The optimum photoperiod depends on each plant (some prefer long days and short nights and others preferring the opposite, or something in between).

Most plants grow under most light spectra, but always prefer a full spectrum light. A test performed by Ed Rosenthal[citation needed] found that when a room was set up using both high pressure sodium (HPS) and metal halide (MH) lamps, the plants in between the two lights did better than those under MH alone but not as well as those under HPS. However, certain plants (as cannabis) can be grown successfully under both types of light. MH is used for the vegetative phase of growth, as it encourages short inter nodes (distance between sets of leaves), and inhibits cell elongation, creating a shorter, stockier plant. Metal halide lamps produce more ultraviolet radiation than high-pressure sodium lamps, which may play a role in increasing the flowering (and for certain plants such as cannabis, the amount of psychoactive substances as THC) of the plant. High pressure sodium lamps trigger a greater flowering response in the plant and are thus used for the second (reproductive) phase of the growth, or they are used by those people who only wish to purchase a type of single lamp. If high pressure sodium lamps are used for the vegetative phase, plants usually grow slightly more quickly, but also have longer inter nodes, and may be taller.

Recent advancements in LED technology have allowed for diodes that emit enough energy for cannabis cultivation. These diodes can emit light in a specific nanometer range, allowing for total control over the spectrum of the light. LEDs are able to produce all of their light in the photo synthetically active range (PAR) of the spectrum.